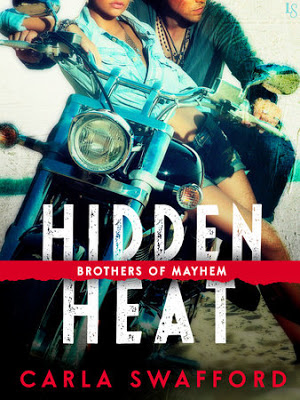 Sizzling with passion and suspense, perfect for fans of Joanna Wylde and Julie Ann Walker, the Brothers of Mayhem series revs up as a headstrong beauty faces off against an outlaw motorcycle club—and falls for the bad boy she never saw coming.
Cassidy Ryder refuses to be intimidated by anyone, even the hell-raising, hard-drinking Brothers of Mayhem. The daughter of their former president, she’s not above smashing a few heads to keep her teenage brother safe. But when Cassidy’s big mouth gets her in trouble, the only thing that saves her is some quick thinking from the Brothers’ bartender. He’s commanding and strong, and as smooth as the whiskey he pours: the ultimate temptation for a girl who swore she’d never be a biker’s plaything.

But Thorn Savalas is no ordinary biker. He’s a cop, and he’s worked too hard earning the Brothers’ trust to blow his cover over a female—even one who rocks a pair of jeans like Cassidy. The only way to protect her is by claiming she’s his old lady. Trouble is, Thorn can’t just pretend. He wants Cassidy, and every scorching touch tells him she feels the same. But acting on their hottest fantasies could leave them both exposed . . . even if nothing else has ever felt so real.

Alright this is going to be a real short review as I am at work. Anyway this was a good enough book. I did enjoy it and trust me lately I have been real picky on my MC books. So I did enjoy it but somehow I expected some more.

This story is about a women who wants her brother out of the MC life as she hated how she was treated in her past by her family and the rest of the bikers. She went looking for her brother when she caused some trouble for herself and the only one who cloud safe her was Thorn an undercover cop in the Brothers of Mayhem MC. Thorn liked her the moment he saw her but he thought of her a bit reckless around those she knows can hurt her if she disrespects them. The only way to keep her safe is to make her his old lady because in the MC it is a rule not to touch a person’s old lady.

One thing I hated about this book is how they treated there women. I mean what I have picked up is that the brother’s mayhem treated women without respect. The only one that treated women with respect was Thorn. There was also a lot going on and sometimes I had a hard time keeping up. I liked that Cassidy was so outspoken and strong when it came in protecting her brother. Running into the bar with a bat for her brother. She is loyal as hell to her brother but also annoying as hell in other times and those are the times when she was just downright stupid and reckless. I would have liked to learn a little more about Thorn because we only got a few details about him. A lot of info was just thrown together like that and I struggled to keep up with all that.

Anyway the ending kind of felt a little rushed for me so I found it hard to love this book. Anyway this book was an okay read but I needed more. I just didn’t like the guys in Brothers of Mayhem. I liked the relationship between Cassidy and Thorn but like I said I hated the club. I hope others will like this book more than I did but as you can see you will either love this book or hate it. 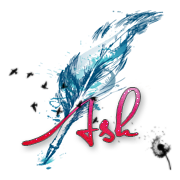 Carla Swafford loves romance novels,
action/adventure movies, and men, and her books reflect that. She’s married to
her high school sweetheart and lives in Alabama.